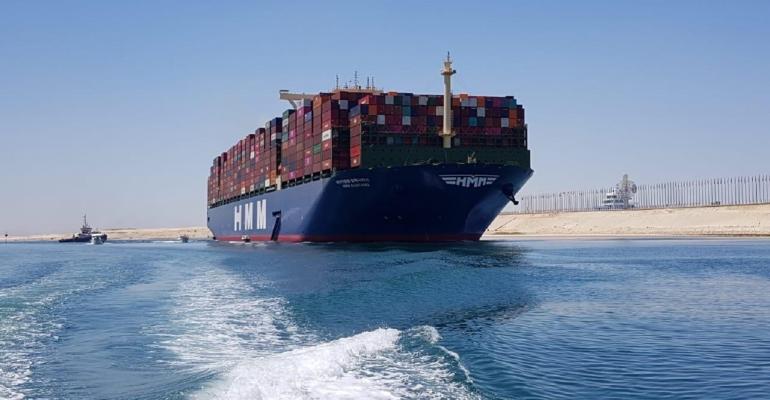 The transit toll increases from January 2023 were announced at the weekend by Adm. Ossama Rabiee, Chairman and Managing Director of the Suez Canal Authority.

According to the SCA the increases are based on a number of pillars, the most important of which is average freight rates for various times of vessels.

“In this regard, there were considerable and consecutive increases within the past period; especially in containerships’ freight rates, compared to those recorded before the Covid-19 pandemic which will be reflected in the high operational profits that will be achieved by navigational lines throughout 2023 in light of the continued impact of the disturbances in global supply chains and the congestion in ports world-wide, as well as the fact that shipping lines have secured long-term shipping contracts at very high rates,” said Adm Rabiee.

The much-improved performance of the tanker market was also noted by the SCA with daily crude tanker charter rates up 88% compared to average rates in 2021, average daily rates for LNG carriers increasing by 11% compared to the previous year.

Tolls for all vessel types including tankers and containerships will increase by 15%. The only exceptions are dry bulk ships, where charter rates are currently extremely low and cruise ships, a sector still recovering from an almost total shutdown during the pandemic.

It comes at a time when ship operators already face rising fuel costs, however, the increased savings made on higher fuel costs by using the shorter route through the Suez Canal was used in part to justify the toll increases.

The Suez Canal offers a significantly shorter route between Asia and Europe with the alternative involving sailing round the Cape of Good Hope.

When the Suez Canal was blocked by the grounded containership Ever Given in March 2021 analysts Sea Intelligence estimated on the basis of vessels sailing at 17 knots transiting via the Cape of Good Hope would add seven days to a Singapore to Rotterdam voyage, 10 days to West Mediterranean, a little over two weeks to East Mediterranean and between 2.5 – 4.5 days to the US East Coast.

Adm Rabiee also noted that the increases are inevitable given current global inflation of over 8% and increasing operational and navigational costs for the Suez Canal.

“It was emphasized as well that the SCA adopts a number of mechanisms with the sole aim of having its pricing policies cope with the changes in the maritime transport market and to ensure that the Canal remains the most efficient and least costly route compared to alternative routes,” the Authority said.

These take the form of rebates of up to 75% for specific sectors of shipping for defined periods if market conditions result in the canal becoming less competitive.